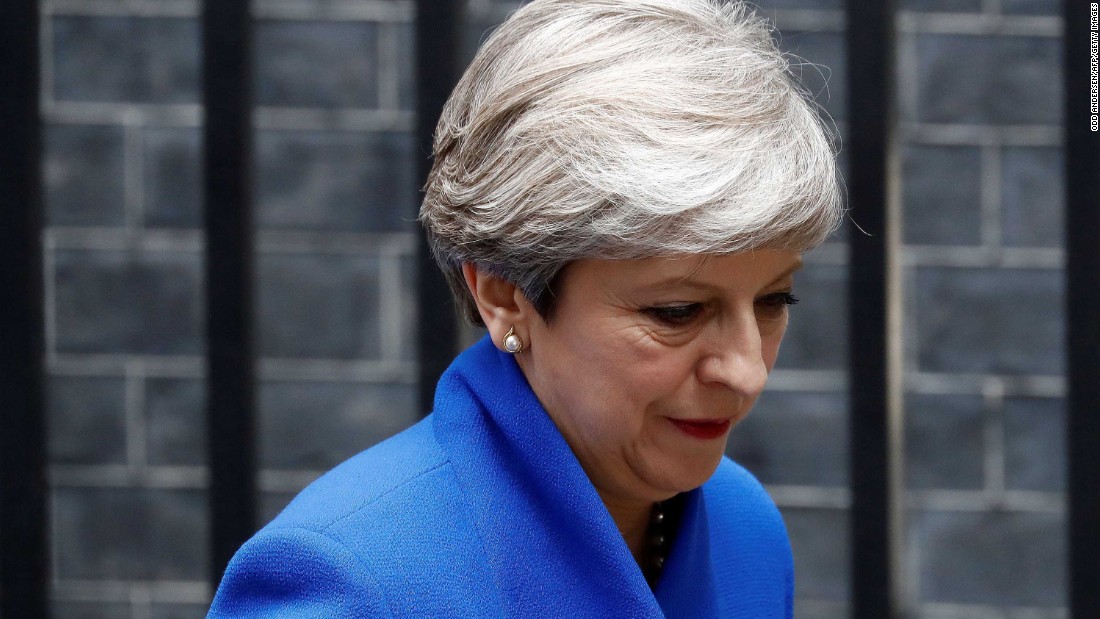 London (CNN)UK Prime Minister Theresa May was clinging to power by her fingernails on Sunday after losing her parliamentary majority in last Thursday’s election, as an agreement with the minority Democratic Unionist Party that would keep the Conservatives in power was still not finalized.

May’s co-chiefs of staff, Nick Timothy and Fiona Hill, handed in their resignations on Saturday following the disastrous election. The vote was called by May to strengthen her position ahead of talks to leave the European Union, in the end it left her weakened.
Both Downing Street and the DUP issued statements late Saturday saying talks over a deal to prop up the government would resume next week amid concern among more liberal Conservatives about May hitching her wagon to the right-wing Northern Irish party. Earlier, Downing Street had said a preliminary agreement had already been secured.
The DUP is similar to the “religious right” in the US and takes a hard-line stance on social issues, such as same-sex marriage and abortion. 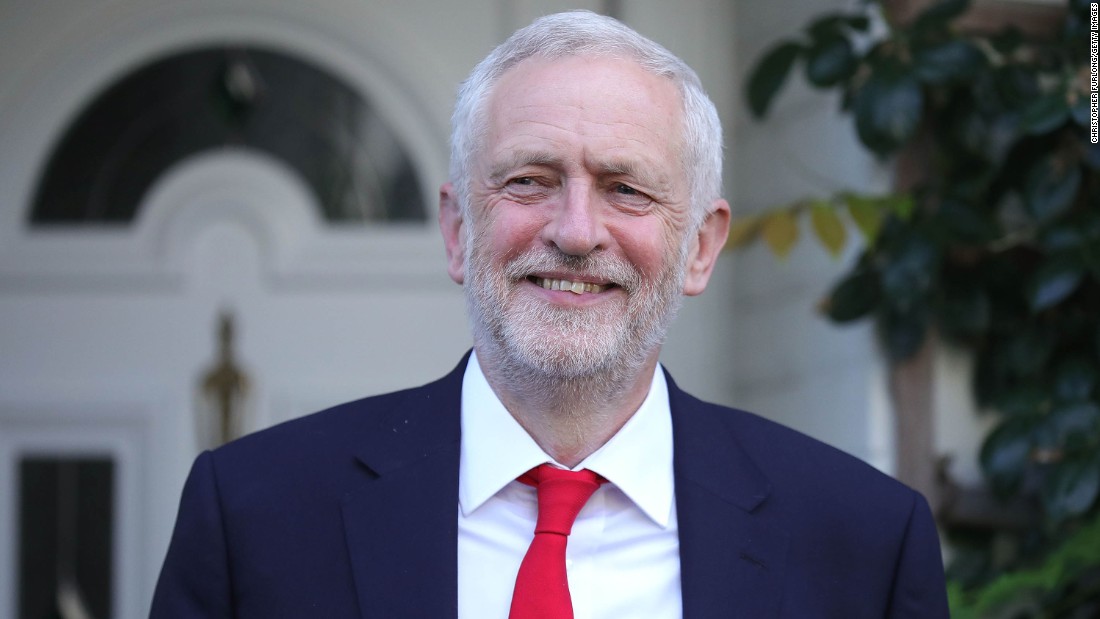 Meanwhile the main opposition Labour leader Jeremy Corbyn said that he stands ready to lead the country and that a new general election could be held within months.
“I think its quite possible there’ll be an election later this year or early next year, and that might be a good thing, because we cannot go on with a period of great instability,” he told the BBC’s Andrew Marr on Sunday . 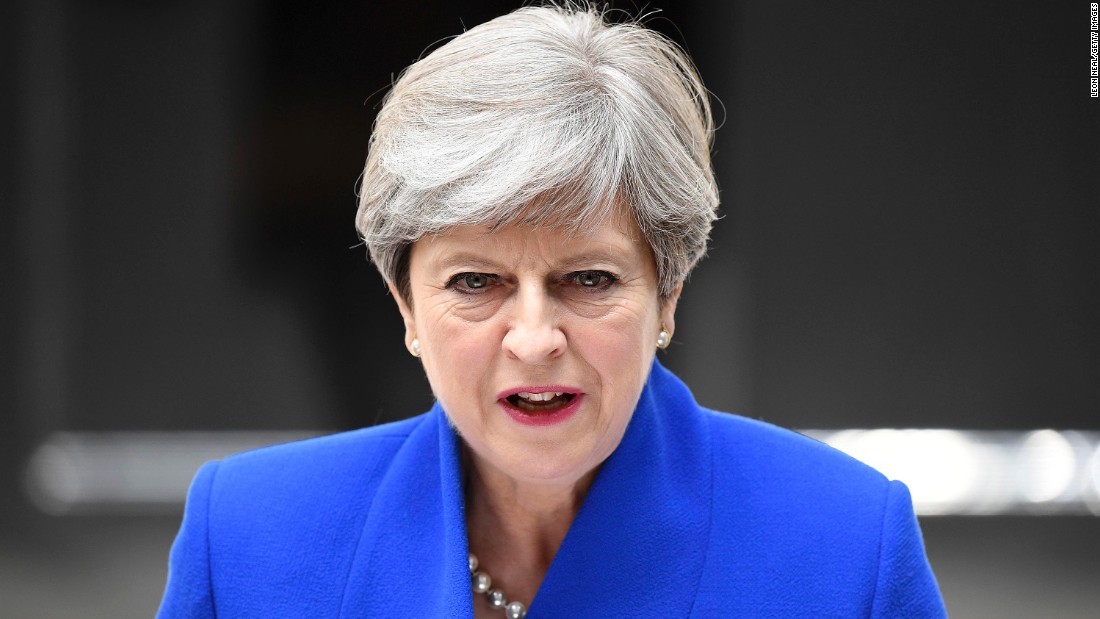 Many of those Conservatives now opposing May are those who wanted to remain in the EU.
“Theresa May is a dead woman walking, it just remains to be seen how long she remains on death row,” George Osborne, the former UK chancellor who was sacked by May last year, told the BBC’s Andrew Marr on Sunday.
The right-wing British press speculated Sunday that Foreign Secretary Boris Johnson, a former journalist and the former Mayor of London, was plotting a leadership coup.
But Osborne, who is now the editor of London’s Evening Standard newspaper, downplayed the prospect. “He’s in a permanent leadership campaign so I am not sure it qualifies as news,” he said.
The new arithmetic of the House of Commons will also makes Brexit negotiations more difficult. The DUP, although it wants to leave the EU, will insist on keeping the single market that allows the free flow of goods across the UK’s border with Ireland.
“One piece of good news is the whole election has put pay to a hard Brexit,” Osborne told CNN. “The votes aren’t there now in the (House of) Commons for taking Britain out of all the economic arrangements we have with the European Union,” he said. 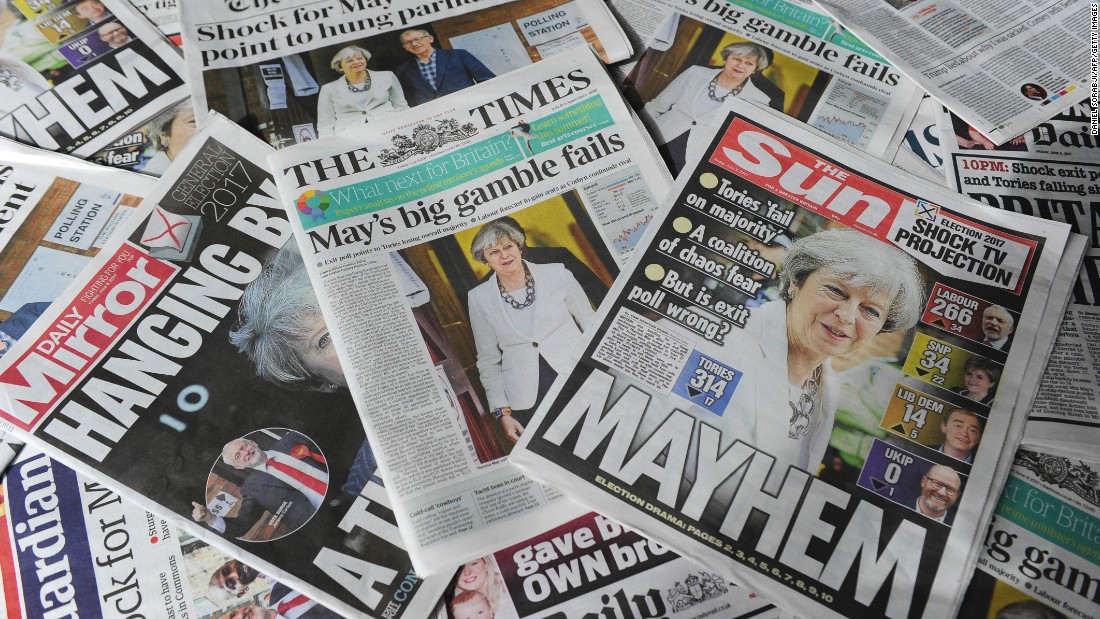 In Ireland, there is growing concern that by bringing the DUP into government, London will no longer be able to perform its traditional role as an impartial broker in the Northern Ireland peace process.
May spoke to the Irish Taoiseach (Prime Minister) Enda Kenny over the phone on Sunday.
“The Taoiseach indicated his concern that nothing should happen to put the Good Friday Agreement at risk and the challenge that this agreement will bring,” the Irish government said in a statement. “He also noted the absence of any nationalist voice in Westminster following the election.”
The Good Friday Agreement was a major development in the peace process of the 1990s that brought peace to the region after decades of conflict.
Seven Republican Sinn Fein members who want a united Ireland were also elected on Thursday, but they do not attend or vote as the party does not recognize Westminster rule.

Pressure from all sides

May called the general election three years earlier than required by law, with the aim of sweeping an even greater majority for her party before Brexit talks in just eight days to take the country out of the EU.
But a dismal campaign has left the Prime Minister fending off a mutiny within her own party. Conservative MPs are publicly airing their anger, some calling for her ouster and others demanding radical change in her style of leadership. 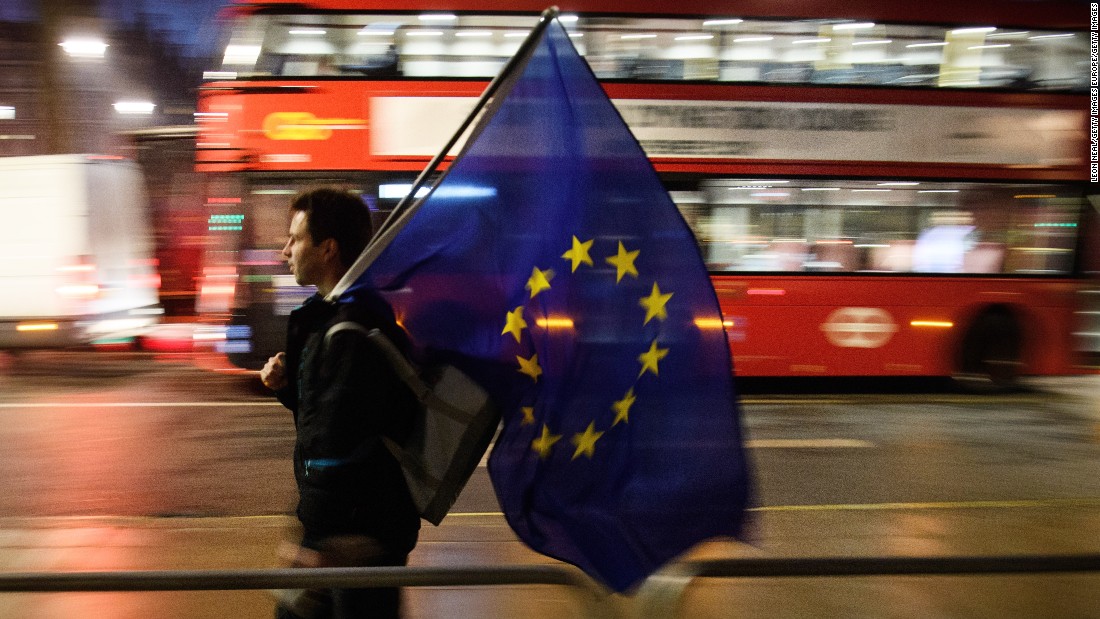 Ruth Davidson, the openly gay leader of the Conservatives in Scotland, told the BBC she had words with May over the DUP’s record on LGBT rights.
Defense Secretary Michael Fallon said on the Andrew Marr show he believed the Conservative Party and the DUP will be able to hold together in government. “They (the DUP) are going to support us on the big Brexit, economic and security issues facing this country,” he said.
On Sunday, May appointed former BBC journalist Damien Green as First Secretary of State — effectively May’s deputy Prime Minister — in a reshuffle of her cabinet. Many key positions were unchanged.
Michael Gove has been appointed Secretary of State for Environment, Food and Rural Affairs. He was also a backer of Brexit, and lost to May in the 2015 Tory leadership election.
Her new chief of staff will be Gavin Barwell, a former MP who was ousted from his south London constituency as a result of Labour’s unexpectedly strong showing in the election. May said that he would bring “considerable experience” to the post.